Please go to our Blog for regular updates and photo's of our puppies.
If you are thinking of adding a Barbet to your family too, please read the details on the site. If you are still interested, please feel free to contact me to register your interest. 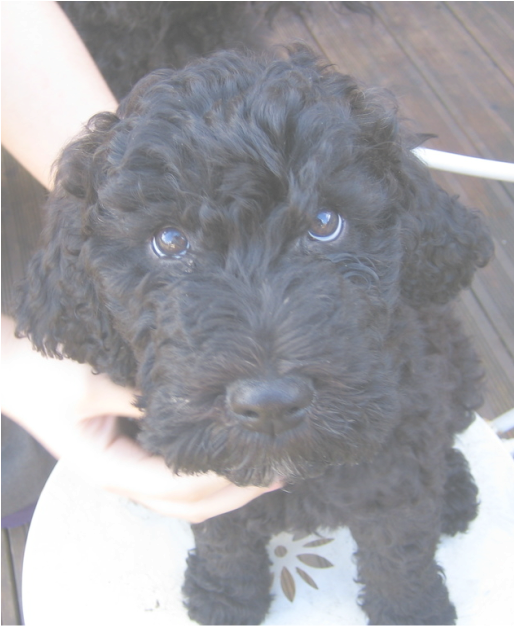 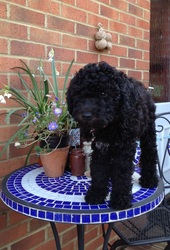 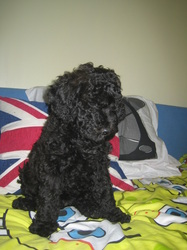 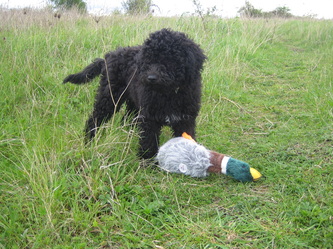 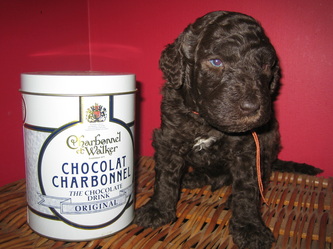 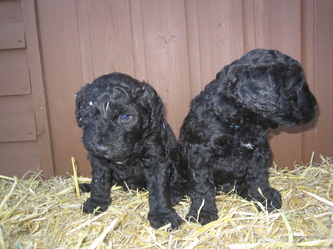 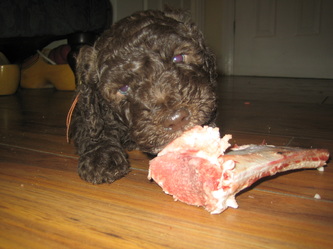 All our puppies come with four weeks insurance.  Vaccinations and microchip are also provided unless you state otherwise.They are wormed three times and have a health check with our vet prior to leaving. They will all have started toilet training and will be fully weaned onto a mix of both a premium  puppy food Biologically Approved Raw Food. Pups will  begin their recall training here. No puppy will leave before eight weeks old! Our puppy pack contains advice sheets on grooming, feeding , how to continue socialising your puppy, and lots of other information. Pedigrees as with all barbets born in the UK from French Registered Parents are issued in France, until such a time as the kennel Club in the UK recognises the breed.

Puppies born in France, are given a name beginning with the letter of the alphabet that corresponds to that year.   So for example, this year, all registered puppies in France will have a name beginning with H.  It is an easy system to follow, and makes it quite easy when looking at French pedigrees to see in which year they were born. In other parts of the world, some breeders start with the letter A, then work their way through the alphabet.  In the UK, we are free to find whichever name pleases us. Often, breeders will decide on a theme, for example one litter born recently were named after Angels, another after Composers.
As we don't intend to get through the entire alphabet, by breeding lots of litters, we chose names that have a special meaning for us. We hope they are not as awful as some, as we really didn't like the official name that was given to Odo.  We recall the breeder picking him up and saying,
"This one's called Denzil, 'cos I think he looks like Denzil Washington"!  No!  None of ours will be named after anyone that happens to be the same colour,  a very strange thing to do!!!

We have named the first born pup Mirabelle, a little French plum. When we stayed at the home of Ania in Poland, her Mum made a wonderful meal, we sat around the table with the other guest,s all speaking different languages, and when the most beautiful dessert was served, we all understood the word Mirabelle when she was explaining what it was made of. When we went to collect Nelly ten months later, we stumbled across the Fete de la Mirabelle in Dorlisheim, France, and enjoyed the afternoon joining in with the festivities. So, Mirabelle it is, in honour of Ania's Mum and her generous hospitality to our family. 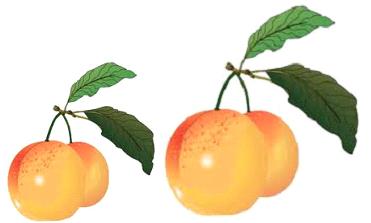